Xerox Photocopiers Are a Major Brand, but They Can Need Repairs 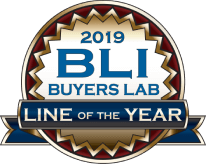 Would you believe that the very first photocopier was invented way back in 1937? Chester Carlson of Queens, New York, was a patent attorney, and an inventor in his spare time. He thought that there had to be a way to copy documents easily and he produced what he called electrophotography. This became xerography in the early 1950’s with the creation of Xerox photocopiers.

Xerox photocopiers were the first to be able to copy documents on to plain paper. However, the process was somewhat tricky, and they were prone to catch fire under some circumstances! Indeed, when you bought or rented a Xerox copier it came with a small fire extinguisher attached to it!

What would we do without photocopiers today? Many businesses produce hundreds of photocopies of documents every day. And Xerox is still a very well-known brand. However, as well-known as they are, Xerox copiers can still, and do still, go wrong from time to time. If you need Xerox copier repair in Atlanta, then at Creative Office Solutions our technicians can help you.

From our service center in Marietta we provide Xerox copier repair in Atlanta to the whole of the Metro area. We also service and repair a wide range of other copiers including HP, Canon, Sharp, Kyocera, and Lexmark.

Not only that, but we are fast. When your copier goes wrong in the Atlanta area it can make a big dent in your productivity. You cannot sit there with a copier that is not working when you rely on it so much. This is why we provide you with a four-hour guarantee. For all copier repair requests placed before 1.00 pm anywhere in the Atlanta Metro area we guarantee to have a service technician with you in four hours or less. There is no competitor who can match that. Furthermore, when you call us you are not talking to someone in a distant call center, but to one of our team right here in Marietta: we’re local and we’re friendly.

When you need Xerox copier repair in Atlanta, our charges start at just $99.99. You also get a 30-day guarantee. All parts that our technician works on are guaranteed for 30 days.